I was recently listening to a podcast on the topic of Criminology on Sean Carroll’s Mindscape.  He was  interviewing Charis Kubrin when I heard something that surprised me.  To paraphrase,  Ms. Kubrin indicated that the problem with privatizing prisons in the US is that they are run like a business.  I realized that what she was inferring was that running a prison like a business, or for that matter running any organization like a business, was a bad thing. Had “business” or anything associated with business become a dirty word in our society?  This concerned me since business is where society’s most pressing problems can be solved.  But not by just any business.  It had to be a “Purposeful Business”.

To begin, every organization is in some sort of business.  One can think of “business” as a shortened version for “business model”, which refers to the organization’s design to address some problem.  The only reason to organize is to address a problem that requires more than a single individual.  Every church, hospital, government agency, non-profit, public, or private corporation is in the business of addressing some meaningful problem.  When that business is effective in addressing that problem, we like it.  When it isn’t, it becomes problematic.

Prisons for example are problematic.  Why have prisons in the first place?  Is it to keep bad people off the streets?  Is it to discourage crime? Is it for retribution on behalf of those who have suffered from crime?  Or is it to rehabilitate those who will be returning to society? Or maybe some combination.  And at what cost?  What is clear to me is that America hasn’t decided what specific problem we want prisons to address?

Imagine if we created a new business called Prison 2.0.  Its Purpose, the specific problem it will address, is to reduce recidivism.  Prison 2.0 would receive the same amount of funding provided today to imprison someone and would be paid a bonus for each year a prisoner, once released, stayed out of prison in the future.  We already know the cost to have an active criminal on the loose, so one could easily design an incentive plan for Prison 2.0 that would encourage the reduction of recidivism. In other words, we would compensate prisons based on fulfilling their Purpose of reducing recidivism.  WHAT A NOVEL IDEA and so obvious!

We need all businesses including prisons, to give society and/or the customer what is wanted and there is a way for businesses to do that.  We call it “Purposeful Leadership”.  It is an approach to leadership that puts Purpose first in everything it does.  It builds support among all its stakeholders to give that organization everything it needs to fulfill that Purpose.  We call such an organization a “Purposeful Organization”.

I believe a privatized Purposeful Prison committed to reducing recidivism could begin to transform our criminal justice system.  The reason I say this is because I have seen privatization work in the school crossing guard industry.  A generation ago, one Los Angeles police officer saw the need to do a better job in protecting children going to and from school.  Up until then, most communities took on this task either on a volunteer basis or through programs run by the school district, municipalities or the police.   There were minimal standards to protect the children or train the guards.  Local programs were often overlooked since they were not large enough to command the resources and oversight needed to be run successfully.  This police officer saw the potential for professionalizing this important task of keeping children safe and All-City Management Services, Inc. (ACMS) was born.  ACMS did one thing only, provided trained crossing guards to local communities, first in California and then across the country.

In 2016, under the leadership of Baron Falwell (son of this police officer), ACMS chose to become a Purposeful Organization.  ACMS recommitted to the Purpose of “Keeping Kids Safe” by enhancing safety for school communities across the country.  ACMS has used their Purpose to inform every decision it makes.  ACMS has grown to become the largest provider of crossing guards in the United States serving over 300 communities.  Only through privatization could ACMS benefit from the economies of scale that have allowed it to address major issues affecting children’s safety.  ACMS maintains the best training programs for its guards, best equipment for safety and visibility, and the best systems and technology to make sure guards show up on time at every intersection they are responsible for.  Everything it does is guided by its desire to keep more children and the crossing guards that protect them safe.  A sense of Purpose has given it an inspired and engaged workforce, and clarity and focus on the work it does; however, it was privatization and a successful business model that provided access to capital, economies of scale, specialization, and stable and consistent leadership.

Privatization and business are NOT the villain here.  It is the lack of a clear Purpose and Purposeful Leadership.  The government can demand from the businesses it employs the solutions that will give its citizens what they want. 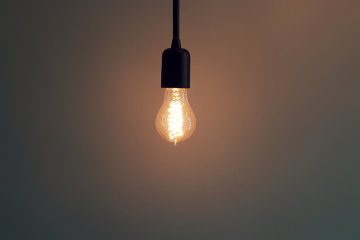 The Problem In his 2016 book “Saving Capitalism”, Robert Reich argues that the “free market” is not a natural phenomenon but instead a human construct based on a set of rules addressing five key areas:  Read more…